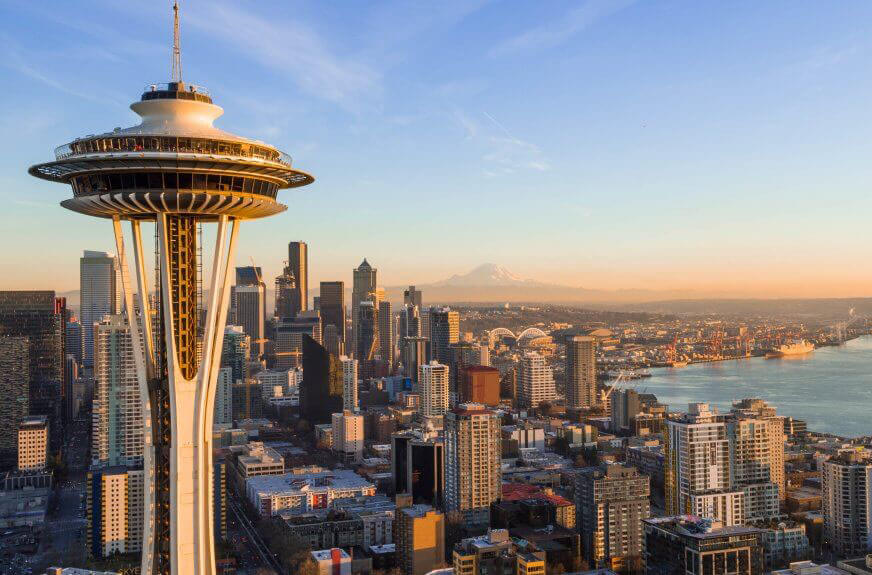 Seattle is one of the most consistently strong Airbnb style short term rental markets in the world, and real estate owners are taking advantage. A combination of spring and summer tourist activity, consistent flow of business and regional traffic in the winter, and a “restrictive but open to anyone” approach to licencing ensures occupancy levels are consistently strong all year. The guest profiles booking on average tend to also be more mature and professional than other cities of comparable size, as a result of corporate traveller focused Airbnb activity.

Like any other major city, there are a select few areas that are benefiting from the growth in short term rental demand. Listings in these neighborhoods are experiencing a yearly average occupancy of between 80%-95%. depending on multiple factors related to the property. Top hosts are making 30-60% more than if they were to rent the property long term, and so it’s no surprise the market has grown the way it has over the past few years.

It’s important to note that a listing can thrive if it’s not in one of these areas. While these regions are where many travelers want to stay they also have the most competition. If a listing is in a neighborhood outside of these areas it will likely be compared to fewer listings (i.e. less supply surrounding it) and the opportunity to stand out through parameters like interior design is easier. Lower demand areas also tend to have less hosts utilizing professional Seattle short term rental management taking care of their Airbnb which allows hosts to provide better service relative to competitors.

One of the most popular areas for tourists to stay in all year round. You could stay here for a month and not run out of things to do. As expected for tourist areas, the occupancy curve is heavily tilted towards Wednesday to Saturday but the margins are quite high even in the winter. There is clearly a gap between the demand and the supply as it is one of the strongest 4-6 month booking windows we’ve seen in metropolitan cities. There is not a huge amount of competition relative to the number of people coming into the city. The top properties are also experiencing consistent business traffic that covers Sunday to Wednesday given the location’s proximity to the Central Business District.

One of the most successful local economies in the United States, it’s no secret the home of Amazon and Microsoft is a hub for business activity in the modern age of technology. Many short term rental markets in the country have such a weak low season that owners opt for medium term rentals during this time. Seattle is not one of those markets, and the central business district is the epicentre of consistent demand in the city. All year round it feels like hosts in this area are thriving and the number of business travelers booking on Airbnb is quickly rising. The Central Business District is one of the few areas in the country where an additional long stay discount during slow months doesn’t seem necessary.

Another popular tourism district, the number of condos that have gone up in this area is quite impressive. Obviously most of the new condos have HOA restrictions against short term rentals, which present a nice opportunity for real estate owners in the area who are not restricted by such rules. The extent to which young professionals book in Belltown for leisure is not surprising given the artsy feel, trendy restaurants, and shopping options available. Similar occupancy levels as Capitol Hill with a younger guest profile.

Seattle’s most popular tourist destination has so much short term rental activity it is likely the highest per capita revenue driver for Airbnb. Travel + Leisure rated it as the 33rd most visited attraction in the entire world, and the demand data backs this up. It feels like a majority of real estate owners in the close proximity have figured out the returns on short term rental are among the top in the city. Some of the most interesting short term rentals in the city are located here as some commercial operators have made investments in renovating their units to command top dollar.

The residential and affluent nature of many sub-segments of the Queen Anne neighborhood means there is a lot of traffic from other places coming to visit family and friends. The occupancy is a bit weaker than the aforementioned areas but the summer is very strong and it’s easy to get through the low season with a long stay discount approach. Lots of cultural and music events bring in consistent traffic from both the surrounding local areas as well as across the country.

Without a doubt Seattle is one of the best short term rental markets in the United States. The city rarely gets discussed for investors looking to purchase because the costs to acquire property are so high that the cash on cash yields are lower than markets where property is a lot cheaper. However, for those who already own property in the city and are buying for a combination of capital appreciation and cash flow, the area is as good as any. We don’t believe the economy of the city is going anywhere but up, and the short term rental market will be right there to follow.